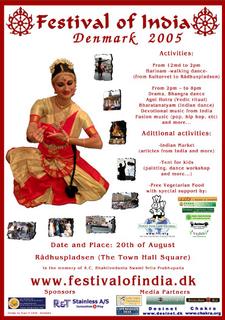 The "Festival of India - Denmark" is dedicated to A.C. Bhaktivedanta Swami Prabhupada

Goal: The Festival of India seeks to introduce people to the ancient Indian Vaisnava culture.

From 12md to 2pm
Harinam (from Kultorvet to Town Hall Square)