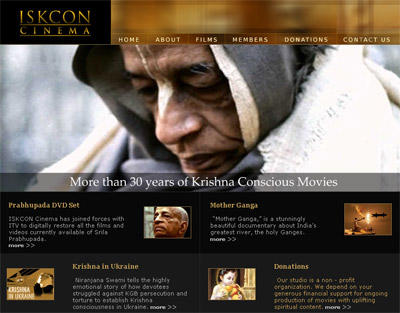 ISKCON Cinema has joined forces with ITV to digitally restore all the films and videos currently available of Srila Prabhupada. The new set will replace the older version giving never before seen clarity to these precious moving images. It will include newly discovered films of Srila Prabhupada in Germany, Mayapur, Sweden, Detroit and Los Angeles all arranged chronologically from the first film of Prabhupada with Dr. Misra at Ananda Ashram to his last days in Vrindavan. Multiple audio tracks will be included to complete the library.