A wealth of human history lies submerged in ancient cities at the bottoms of lakes, seas and oceans of the world. Some of these were sent into the water via earthquakes, tsunamis or other disasters thousands of years ago. Many have just recently been rediscovered, by accident or through emergent technological innovations. Some have even caused scientists to question the history of human civilization. 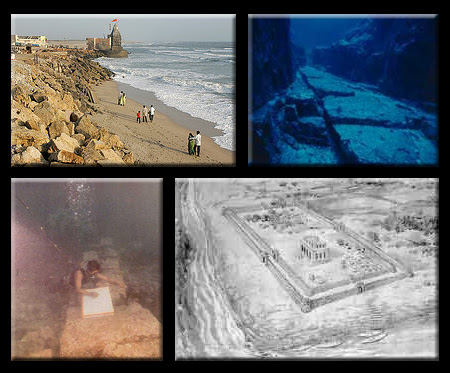 Bay of Cambay, India: A few years back discovered the remains of a vast 9,500 year old city. This submerged ruin has intact architecture and human remains. More significantly, this find predates all finds in the area by over 5,000 years, forcing historians to reevaluate their understanding of the history of civilazation in the region. The find has been termed Dwarka, or the ‘Golden City,’ after an ancient city-in-the sea said to belong to the Hindu god Krishna.