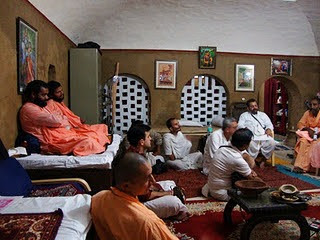 Devotees from the VINA News Blog ( http://vinacc.blogspot.com/) have informed about a main WVA Meeting which took place during Kartik month at the Mungeer Mandir.
This is their report: 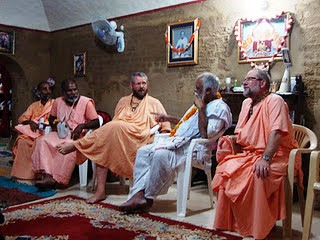 Summary of the meeting :
- A group of four representatives of World Vaishnava Association will go to meet District Manager of West Bengal: Mamata Banerjee: B.V. Vishnu Maharaja (Scgmath), Rasa Vihari Prabhu (Gokul Janmu), Krishna Kumar Agrawal (Kolkata).
- All assembled devotees concluded that to fight for a Braj without plastic and chemicals is not social work or Karma kanda, it is in the line of our Guru Varga.
- Devotees from Mumbai will bring a group one time at month for Cleaning Parikrama.
- Bhakti Prasun Madhusudhan Maharaj will be the leader of cleaning seva in Govardhan.
- WVA office in  Yamuna Kunja will maintain the web site for this project. 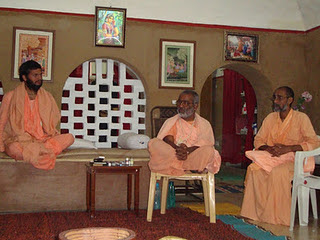 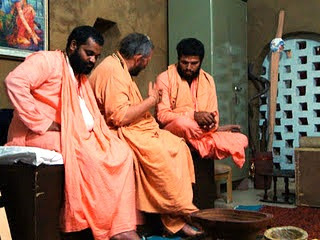 In that meeting it was confirm that volunteers who like to participate in the cleaning program of Govardhan will be welcome in the new project of Sri Caitanya Gaudiya Math which is just on the side of the Govardhan city direction to Radha Kunda on the return part of the parikrama.

This beautifull new building has many rooms with all facilities to those who wants to come to Govardhan and volunteer in the cleaning project.

Bhakti Prasun Madhusudhan Maharaja has the plan to systematically organize this project envolvingmany of the local people. Those who are interested in volunteering in this Holy Place can contact the devotees in charge of the project through the page: volunteerworkindia.blogspot.com

The initial stage of this project requires pioneer devotees who are ready to help starting this Govardhan Cleaning Project which hopefuly will accomplish a cleanner situation for Govardhan.
More information here:
http://vinacc.blogspot.com/2011/11/report-of-wva-meeting-during-kartik.html