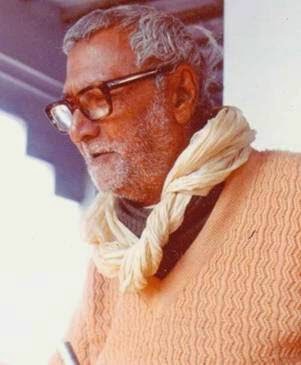 It has been broadly advertised that if we can sing in praise of the Vaiṣṇava, then we can have higher promotion in the line of devotion. It is easy to praise and sing songs or poems written about the Supreme Lord, but it is difficult to praise—to be able to really praise—the servitors of the Absolute. The possibility of jealousy (matsāratā) comes to interfere: “He is a man. I am of the same status. Why should I submit to him?” This sort of pratiṣṭhā, egoism, opposes and hinders us, to call a spade a spade.

Nirmatsārānāṁ sataṁ [“Bhāgavat-dharma is only for sādhus who are non-envious”]. The Lord also says, “If you are My devotee, then you are not really a devotee of Mine, but if you are devotee of My devotee, then you are My real devotee.” Jealousy has its test there. Nirmatsārānāṁ sataṁ. We may not naturally have any competitive position in comparison with the Supreme Lord, but a competitive superiority complex possibly comes in the case of the Vaiṣṇava: “I can’t submit to them. It is difficult.” But when we are really captured and conquered by the svarūp–śakti, the yogamāyā of Kṛṣṇa, then the realistic view comes within us; it grows naturally with the development of our own purification, of our own progress: “I am nothing, but he is everything. He is a Vaiṣṇava, a Guru. Guru and Vaiṣṇava really hold Kṛṣṇa-bhakti. They are the stockists; I am empty handed. I have nothing.” This is the nature of the association between the finite and the Infinite.

As much as we shall have a real approach towards the Infinite, so much so we cannot but consider ourselves to be the meanest of the mean.The standard, the measurement of Vaiṣṇavatā [one’s development as a Vaiṣṇava] is in this way.  It is not lip-deep; it is the sincere feeling of the innermost heart. When Kaviraj Goswāmī says, “Purīṣera kīṭa haite muñi se laghiṣṭha: [‘I am lower than a worm in stool’]”, this is not mere imitation. It is his heartfelt truth.

Āchārya abhimān is different. It is assertion only for the service of the Vaiṣṇava. So, sincerity is maintained there. It is assertion, but it is not selfish assertion; it is assertion  only to save the public and save the prestige of the Vaiṣṇava in reality. So, that is proper adjustment with reality in two senses: (1) to establish the real position of a Vaiṣṇava, and (2) to save the ordinary person from false attempts and false thoughts. Saving others from such dangers and their reactions is a sort of assertion, but it is not egoistic. Rather, it is sacrifice in the dynamic sense. We are to consider this.

At the Viśva Vaiṣṇava Rāja Sabhā, our Guru Mahārāj tactfully managed by asking one of his disciples to speak something in praise of another, to perform guṇa-gān, express appreciation. Especially his disciples who were a little antagonistic towards one another, he asked, “Speak something in praise of your friend.” Why? To try to mark the bright side, the svarūp, and ignore the apparent side. He would order, “Say something in praise of your friend, whom you consider, apparently, to be your opponent.” Necessity is the mother of invention, and when someone has to speak something in praise of another, he has to dive deep into the bright side of the person and bring that out. Thereby, the Vaiṣṇava layer is aroused, and the apparent, the māyic side, is ignored. So, kīrtan is powerful. Why? When I am requested to speak something, I cannot but utilise my highest, best attention. In kīrtan, we have to assert ourselves to the best of our ability in our attempt to gather and say something. As we do this for the Lord, so also we must do this in the case of the Vaiṣṇava.  The svarūp, the inner side, the inner aspect, the bright side should be appreciated, and the apparent side ignored. By doing this, you will thrive. Through this, the real relationship between two Vaiṣṇavas will be aroused. This was the practice of our Guru Mahārāj, especially at the Viśva Vaiṣṇava Rāja Sabhā in Mahāprabhu’s Dhām. He had his seat there, and this was his method: to try to praise the Vaiṣṇava, try to appreciate the nobility of a Vaiṣṇava. It is difficult, but if we can do so, then we can reach the proper standard of devotion and dedication, to a certain extent.

The Lord has said, “One who loves Me, does not love Me really, but one who loves My devotees, My servitors—his love for Me is more real. It is of true, absolute character.” So, we shall try to appreciate the character and conduct of the Vaiṣṇava, and thereby we can raise the standard of our own life of dedication.