The Way to Serve Sri Guru 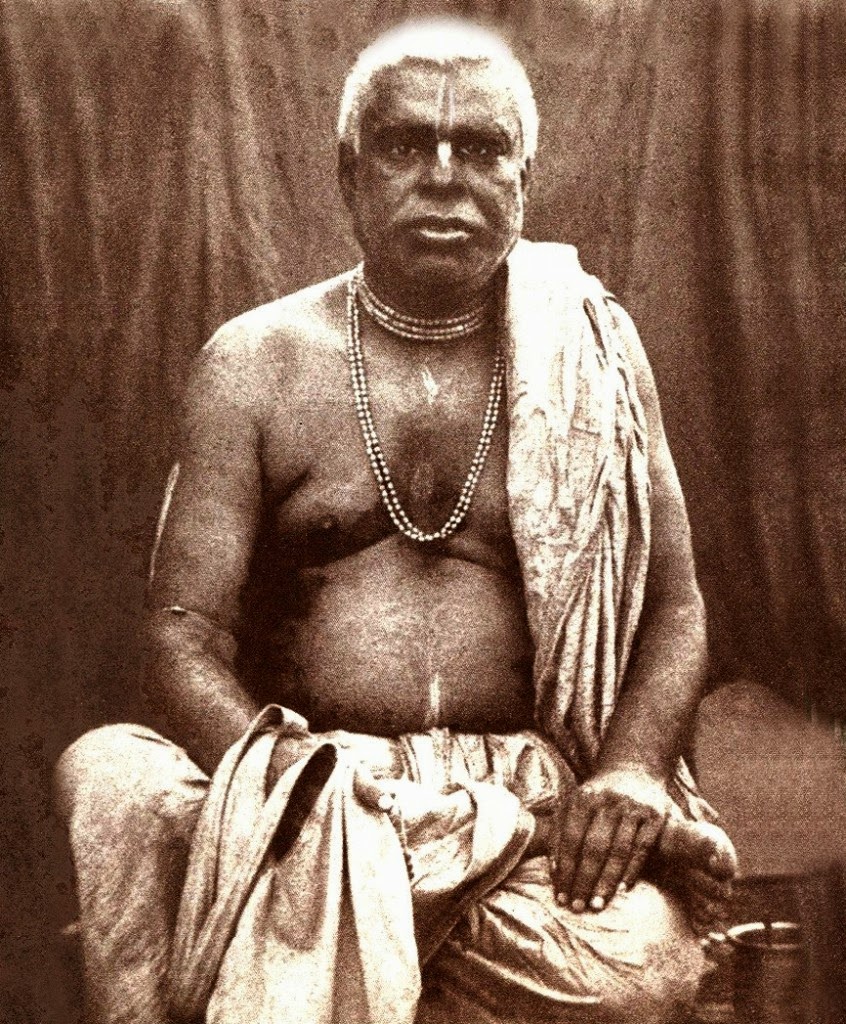 Guru-tattva: the position of Śrī Guru

The Dīkṣā-guru and Śikṣā-guru are both servants of Kṛṣṇa; they are both residents of Vraja and manifestations of Kṛṣṇa’s potency.

Commentary: Do not consider Śrī Guru an ordinary soul. Serve Śrī Guru considering him an associate of Kṛṣṇa who is empowered by Kṛṣṇa’s personal energy (svarūp-śakti). Thinking that Guru is Kṛṣṇa is a conception of the māyāvādīs. It is not the conception of the pure Vaiṣṇavas. Sincere devotees should be especially careful about this. If māyāvād even subtly enters one’s practice (sādhana), then one’s entire practice becomes contaminated.

With this conception, always serve Śrī Guru. By the power of one’s devotion to Śrī Guru, one crosses over saṁsāra.

Commentary: After worshipping Śrī Guru with a seat, water to wash his feet, arghya, a bath, clothes, and ornaments, one should take his permission and worship the Divine Couple. One should offer Their prasād first to Śrī Guru and then to the other Vaiṣṇavas.

One who disrespects Śrī Guru commits an offence, and by that offence, one’s devotion is obstructed.

Being equally devoted to Śrī Guru, Kṛṣṇa, and the Vaiṣṇavas, a pure devotee who takes shelter of the Name is quickly delivered.

One who has unwavering faith in Śrī Guru attains, through the pure Name, the wealth of divine love.

One should not lay on the bed of the Guru, sit on his seat, wear his shoes, use his vehicle, use his footrest, touch his bathwater, or step on his shadow.

In front of Śrī Guru, one should not worship others, give initiation, offer explanations, or show mastership in any way.

Wherever one sees him, one should bow down and offer obeisance.

One should pronounce Śrī Guru’s name with devotion, and one should never disregard his order.

One must honour Śrī Guru’s prasādam, and should not speak words that are unpleasant to him.

One should humbly take shelter at Śrī Guru’s feet, and always act in a way that is pleasing to him.

By practising in this way, one attains all perfection through the chanting of Kṛṣṇa’s Name. So say the scriptures, O Lord!

If, by associating with condemned persons or accepting conceptions given in condemned books, one happens to disrespect the Guru who initiated one into the Name, then one should leave that association and such books, and lament at the feet of Śrī Guru, grasping his feet.

Śrī Gurudev will kindly be merciful. As an all-merciful Vaiṣṇava, he will give one love for the Name.


The commentaries are part of the text of Śrī Hari-nāma-chintāmaṇi and written by Śrīla Bhakti Vinod Ṭhākur himself.