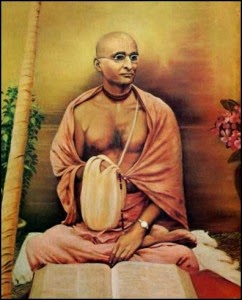 The Disappearance day of nitya-lila pravista om vishnupada astottara-shata Shri Shrimad Bhaktisiddhanta Sarasvati Gosvami Prabhupada was celebrated at Sri Raman Vihari Gaudiya Matth on 10th December 2014. It was the day of pancami, and he also appeared on pancami. He took birth in the home of Srila Bhaktivinoda Thakura, who is an eternal associate of both Shri Krishna and Shri Caitanya Mahaprabhu. Just as the sage Bhagiratha brought the Ganga to this world, Bhaktivinoda Thakura was the great personality who brought the current of bhakti to this world in the modern era. When the so-called gosvamis were making a business out of bhakti while engaging in varieties of worldly enjoyment, when in the name of Mahaprabhu so many kinds of bogus philosophies were prevalent, such as sakhi-beki, smarta-jati, sahajiya, etc. – at that time Shrila Bhaktivinoda Thakura came. After that, Prabhupada appeared in the form of his son, Bimala Prasada. If these two great personalities had not appeared, then shuddha-bhakti would not exist in the world today.

Srila Bhaktisiddhanta Sarasvati Thakura Prabhupada was a genius. As the son of the great magistrate and vaisnava-acarya Srila Bhaktivinoda Thakura he received training since his childhood. His teachings are based on the Vedic scriptures and their Acaryas. He prepared this wisdom to reach all of India and abroad under the name of the Gaudiya-Math and it became known worldwide as Krishna Consciousness. He ordered his followers to take Divine Love for Krishna and all living beings to every possible place in the world 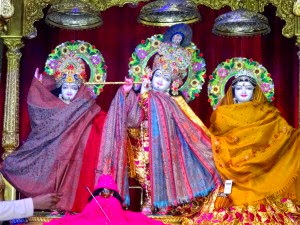 Every morning in our matth we sing the song in which Prabhupada established the bhagavata-parampara: krishna haite catur-mukha… In his composing of this song, he accepted all of the great, perfected personalities from different lines and declared, “This is the line of Gaura.” If Prabhupada had not come, then today would the name of Mahaprabhu and talks from Bhagavad-gita and Shrimad Bhagavatam be found anywhere? In Mathura, in Vraja and everywhere else, gaura-kirtana and hari-katha are still going on and have not vanished. Therefore the world will forever remain indebted to Prabhupada for his preaching. He never approached wealthy people, but he would take one paisa from each person he met. To the very end of his life Prabhupada said, “We are mere laborers; we are the peons of bhagavat-katha.” He never made himself a permanent living situation in an opulent temple, but always kept moving. 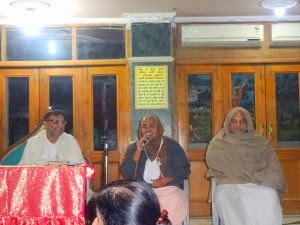 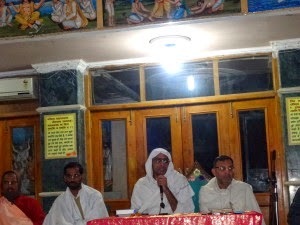 At Sri Raman Vihari Gaudiya Math celebration started in the Evening, the Kirtan were started around 5:00AM, various vaisnava kirtans were sung especially written by srila prabhupada…. Like

“O wicked mind! What kind of Vaisnava do you think you are? Your pretentious show of chanting Lord Hari’s holy name in a solitary place is only for the sake of attaining the false prestige of a worldly reputation — it is nothing but pure hypocrisy.” 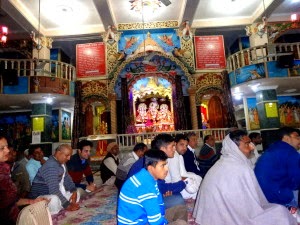 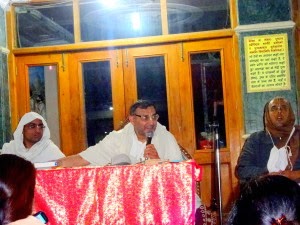 After that Guru Puja and grand madhyan Arti was performed and Mahaprasadam was distributed to all. In this way devotees spent their whole day in remembrance of India’s Greatest Hero of Divine Love who serves as Nayana-mani manjari in Radha-Govinda’s eternal pastimes in Goloka Vrndavana. 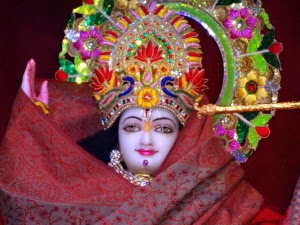 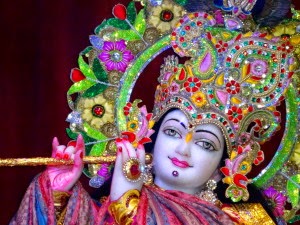 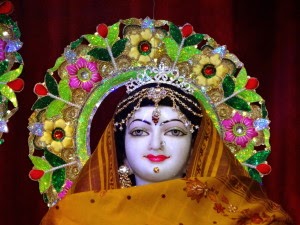 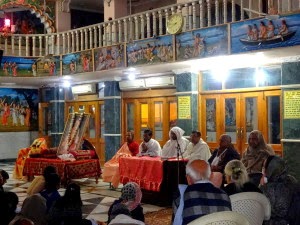 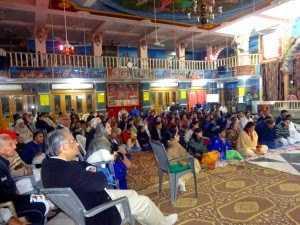 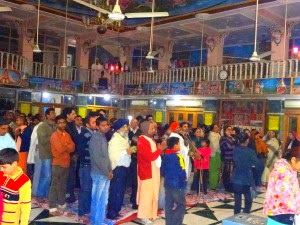