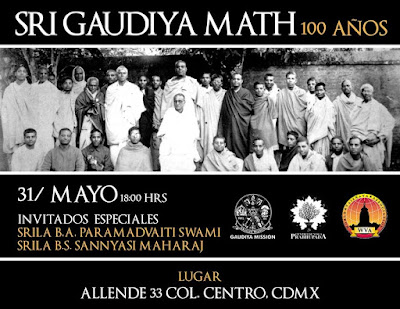 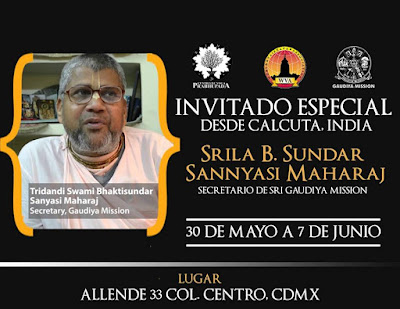 “Although the Bhakti movement has spread far and wide, not many people know its founder Sri Chaitanya Mahaprabhu – even in India,” says ISKCON’s communications deputy director in India, Yudhistir Govinda Das.

With the Festival of Inspiration in New Delhi this May 28th, he hopes to begin changing that. Supported by the Government of India’s Ministry of Culture, the event will take place at the Talkatora Indoor Stadium near Parliament. It’s expected to draw a full house.

The festival will commemorate the 500th anniversary of Sri Chaitanya visiting Lord Krishna’s home village, Vrindavana. But more than that, it will celebrate the timeless teachings of India – service, compassion and devotion to God – that the 15th century saint and Avatar exemplified and broadcast.

It will also give people a rich experience of the Bhakti tradition through drama, dance and kirtan to inspire them on the path of devotion. Over 30 devotional artists from 20 countries will perform, and the message of inspiration will be supported in keynote speeches by some of India’s most distinguished political leaders.

With ISKCON Communications and Delhi’s Sri-Sri Radha-Parthasarathi Mandir joining forces to spread the word about the event, many people will get the chance to learn about Lord Chaitanya’s legacy.

“We are organizing a press conference and pre-event media coverage, putting twelve large billboards up around the city, and producing promotional videos for social media and mobile platforms like Viber and WhatsApp,” Yudhistira says. “As a result, we’re expecting more than the venue’s 3,000-plus capacity. So we’ll be setting up hundreds of extra chairs and a big LCD screen outside for those who can’t get into the stadium.”

The evening will run from 5:30pm to 8:30pm, launching with a mantra invocation by students of Mayapur’s Bhaktivedanta Academy.

A fifteen-minute Powerpoint presentation on the life and legacy of Sri Chaitanya Mahaprabhu will follow, informing the audience about how the Gaudiya Vaishnavism founder ignored the fantatical social systems of His time, and inspired and united people to chant God’s Holy Names regardless of race, gender, caste, religion or social standing.

The presentation will end with a look at how later teachers such as Bhaktivinode Thakura, Bhaktisiddhanta Sarasvati, and finally ISKCON founder Srila Prabhupada continued Chaitanya’s movement.

A twenty-minute preview of the documentary Joy of Devotion, made for ISKCON’s 50th anniversary, will then be screened, showing ISKCON’s many achievements around the world in continuing Sri Chaitanya’s legacy.

After delving into Chaitanya Mahaprabhu’s life and legacy, the Festival of Inspiration audience will get to experience His Bhakti tradition for themselves through a series of cultural performances.

Indian drama group Vaikuntha Players, who routinely tour the country, will perform a play on Chaitanya’s life and contributions.

Students of the Indian Institue of Technology (IIT) in Kharagpur, West Bengal will present a special shadow drama on the Bhagavad-gita and its teachings of love and devotion that Lord Chaitanya espoused.

And the Mayapur International Dance Group, a kirtan troupe of devotees who have toured the country and appeared on national television, will bring their uniquely heartfelt brand of kirtan.

Not only is the Ministry of Culture supporting this celebration of Chaitanya Mahaprabhu, but the last hour of the event will feature major Indian politicians speaking about His and Srila Prabhupada’s contributions.

Others have spoken at several ISKCON events before and are already good friends of the society, including Padmanabh Acharya, the governor of the Indian states Assam and Nagaland; and, tentatively, Mathura MP and film actress Hema Malini.

After the speeches, the event will close with a prasadam dinner. There will also be the Indian launch of ISKCON’s 50th anniversary magazine “The Hare Krishnas: Celebrating 50 Years.”

“This is the first time apart from Gaura Purnima that we are bringing Chaitanya Mahaprabhu out to the public on a national stage,” says Yudhistira. “We’re excited about educating people on His life, how Srila Prabhupada continued His legacy, and what ISKCON is doing today.” 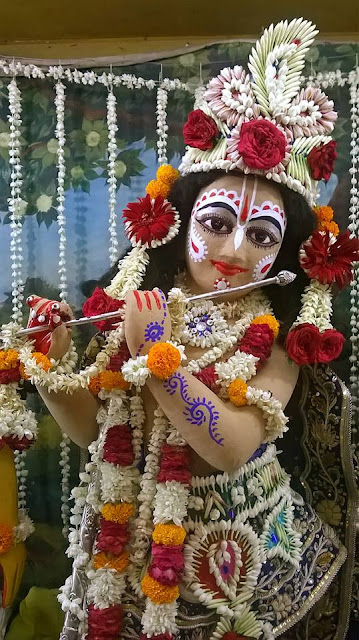 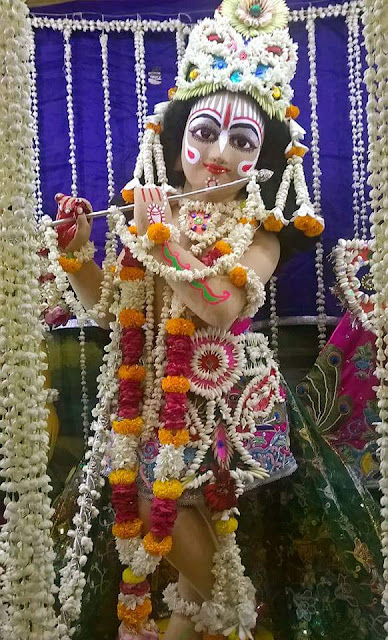 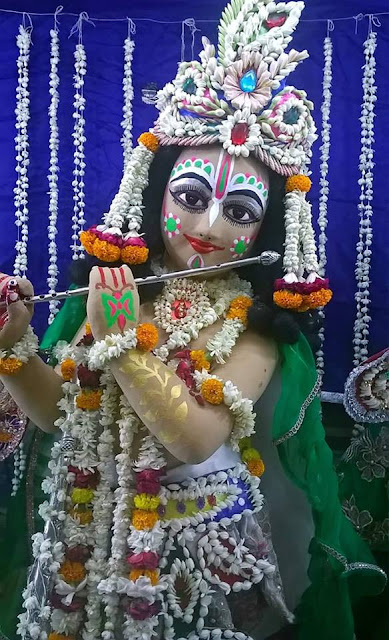 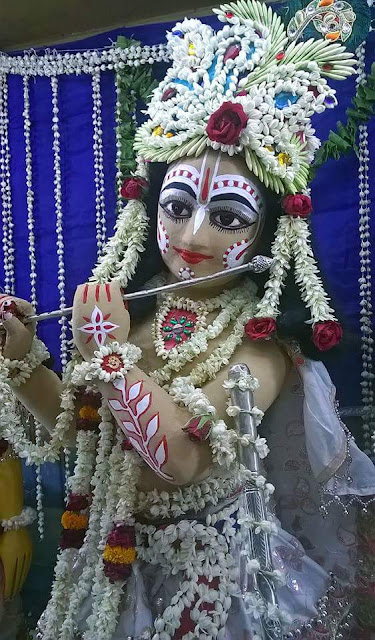