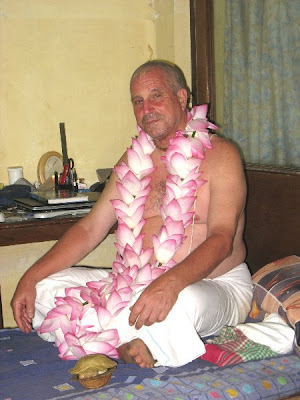 Today we want to share with all of you information posted by members of the Vrinda Mission, Seva Bogotá, Colombia Yatra http://sevabta.blogspot.com/

The Editorial Service of the Vaishnava Acharyas inform about several preaching events which took place last week and the visit of a prominent devotee, too.

On Wednesday August 10th, a great festival was held at Seva Mandir in Bogota, Colombia Yatra. Kicking off the Festival of Sri Sri Radha Govinda Julan Yatra, the devotees of Sri Chaitanya Mahaprabhu Seva Mandir enjoyed the visit of Deena Bandhu Prabhu, a great devotee who is a very dear friend and spiritual brother of Srila B.A. Paramadvaiti Swami, who has personally asked to give a very warm welcome in Colombia to this special guest.


Here is a brief biography.

In 1969, a couple of months after his 20th birthday, during the festival of Janmastami, Deena Bandhu Prabhu visited the ISKCON temple in Boulder, Colorado, and met His Divine Grace Srila Prabhupada.  And he was instructed by him, Deena Bandhu Prabhu stayed in the temple and never left.  On January 25, 1970, Srila Prabhupada gave him spiritual initiation in the same temple.  In 1984, he came to Vrindavan and stayed there for the last twenty seven years.  His holy presence in Bogota was a great blessing. 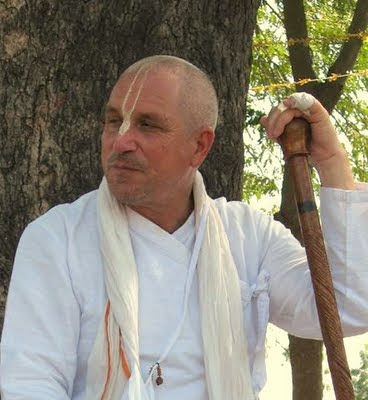 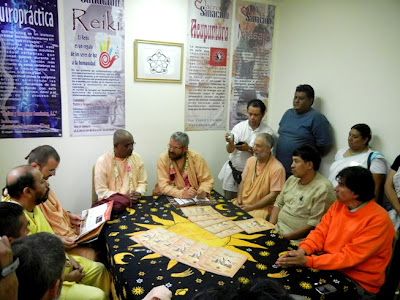 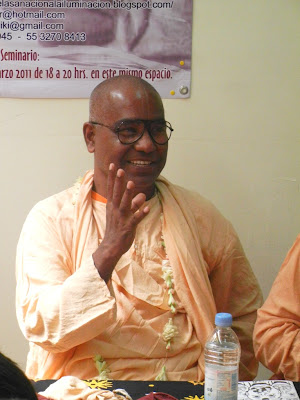 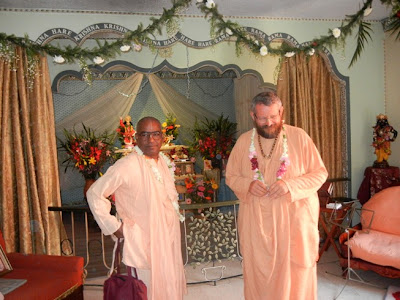 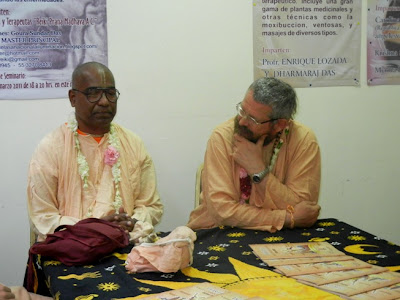 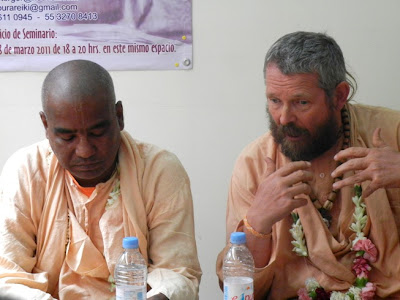 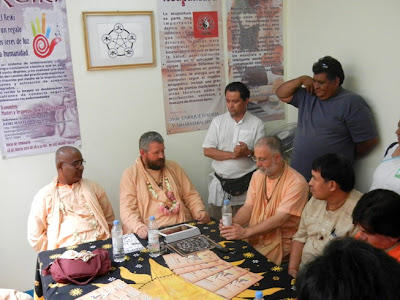 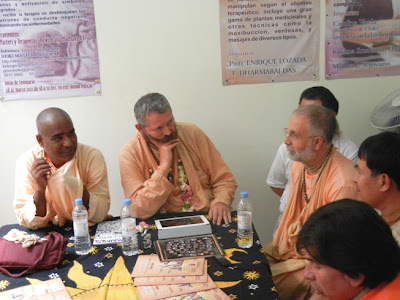 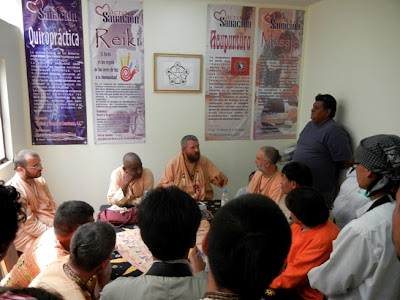 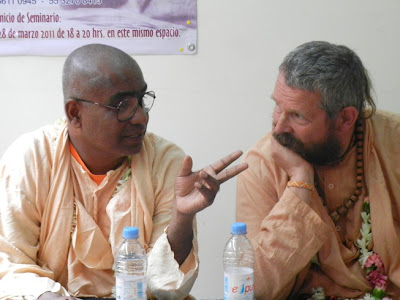 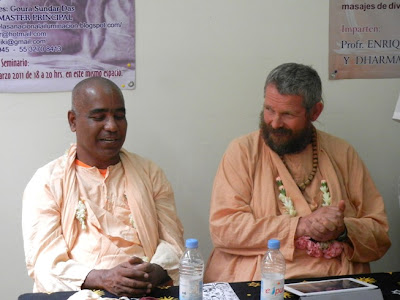 Today we share news published by Iskcon Nova Gokula -  http://www.novagokula.com.br/ about the next visit of His Holiness Swami Dhanvantari on August 6, Saturday in New Gokula, Sao Paulo Brazil.

Today we share news published by Arjun Das prabhu at the Sree Chaitanya Gaudiya Math website http://www.sreecgmath.org/scgmhome/  This time they report that Parampujyapad Srila Bhakti Vigyan Bharati Goswami Maharaja arrived in Bangalore at 1.15 pm on 28th July 2011 to a warm and simple welcome at the airport lounge.

It was prasadam time for Parampujyapad Srila Maharaja.  It was touching and wonderful to see His sevaks holding his plate, doing a makeshift table with their hands at the lounge!!

After rest for few minutes it was long drive of 40 kms from the airport to Vijaynagar for aarati reception.  Srila Maharaj and his sevaks will shower their blessings at Arjun Das and Ram Prasad's prabhus residence for next 10 days.

The webcast will be from http://www.voxli.com/punesatsang

As and when there are special programmes they shall announce accordingly.