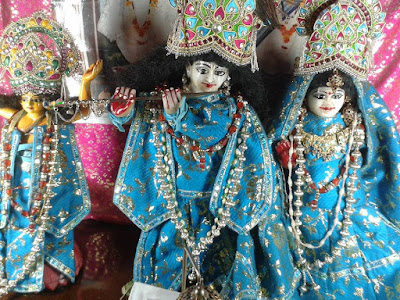 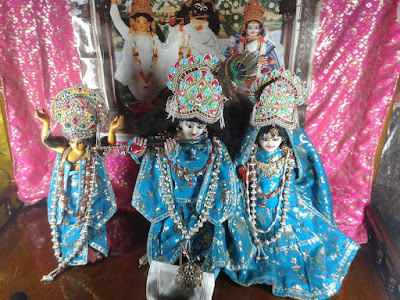 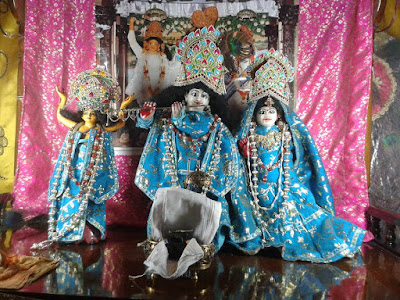 CHENNAI: On the eve of Janmashtami festival, which is being celebrated with grandeur in Chennai, I met the ever smiling Bhanu Swamiji, a Japanese, who was attracted by the faith and spirituality shown by the devotees of Hare Krishna Movement in Japan, and is currently a commissioner of the Indian governing body of International Society for Krishna Consciousness (ISKCON).

Can you tell me the genesis of this organisation? 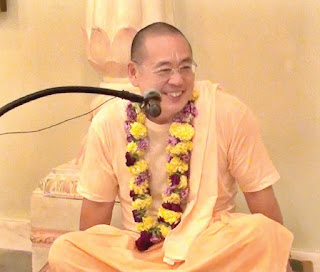 This spiritual institution was founded by Swami Prabhupada, also the founder of Bhakthivedanta Institute, to systematically propagate spiritual knowledge to society and to educate all people in the technique of spiritual life, in order to check the imbalance of values in life and to achieve “real unity and peace” in the world, simultaneously propagating a consciousness of Krishna, as it is revealed in the Bhagavad Gita and Bhagavatham.


What was the need for such an institution to revive god consciousness?

When various philosophers were propounding different philosophies about god, the Indian youth were lured by the glamour and freewheeling lifestyle of Westerners. They abandoned their ancient Vedic traditions, blindly following the West, and the future was bleak, hence the institution to revive people in ‘God consciousness’.

Are you trying to convert people to Krishna conscious belief? 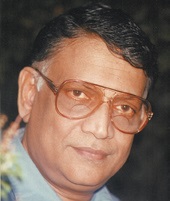 Emphatically, I say no. The science and academic division of ISKCON recognised that scientists and scholars were primarily responsible for propagating ‘materialism’ in this world and if they join the movement, the resultant ‘metamorphism’ would be enlightening.
Our mission is a ‘non sectarian and monotheistic movement’, to promote the well being of society, teaching the science of Krishna consciousness according to Bhagavad Gita as the jewel of “India’s spiritual wisdom” spoken by lord Krishna.

I am an Advaiti, We believe in singular concept of god and I are one and the same. How can this be reconciled?

Vedic scriptures reveal that spiritual life begins, when one inquires, into the nature of absolute truth, the supreme god. We also recognise that the supreme god has unlimited names, such as Rama, Buddha, Vishnu, Jehovah, Allah etc.

The ultimate goal is to develop loving relationship with the supreme god.

Can you enlighten me on the efficacy of congregational chanting of mahamantra - hare Krishna hare Rama?

This form of worship has been propounded, by Sri Chaitanya, as accepted by the Vedas, as the most effective means of “Self Purification” in this age.  The Vedas describe the “Mantra” as a prayer to the lord - ‘please lord engage me in your service’.

What is the impact of your mission?

Many may not know, Swami Prabhupada introduced the Vedic system of primary and secondary education in the West by founding the ‘Gurukula’ schools in Dallas, Texas and other places at a time when colleges did not give adequate recognition to spiritualism. However, Swami Prabhupada’s most significant contribution is his books, which are highly respected by scholars, for their authority, depth and clarity and used as text books in numerous college courses.Krishna consciousness is so important that it can’t wait as no political system can help humanity, which is the verdict of Vedic scriptures. It is certainly remarkable to note that ISKCON has grown in scores of countries, with more than 300 centres and hundreds of farm commodities. 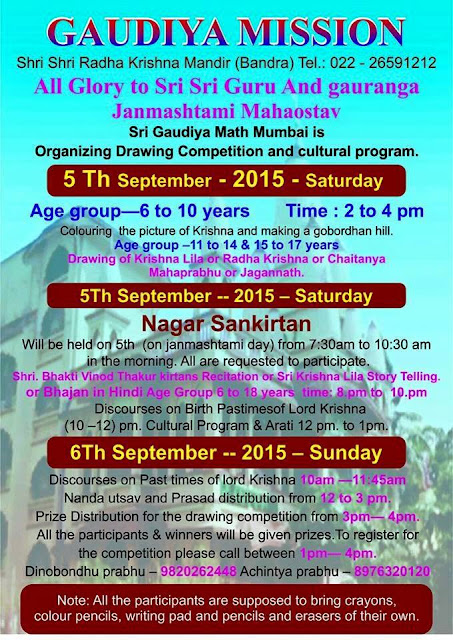 Beatles, MJ, Shakespeare and the Gita


What connects The Beatles, Michael Jackson, William Shakespeare, Rudyard Kipling and J K Rowling? The message that the Bhagavad Gita seeks to send out finds its echo in their works.

Author Roopa Pai embarks on a spirited, one-of-a-kind retelling of the epic conversation between Pandava prince Arjuna and his mentor and friend Krishna and tries to bust several myths about the Bhagavad Gita in "The Gita For Children," a thought-provoking book for young adults published by Hachette India. 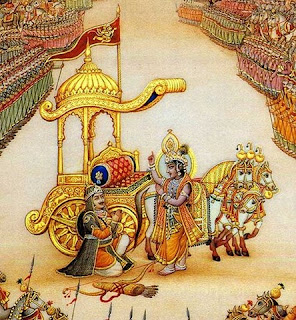 She infuses her retelling of, what she calls, India's blockbuster bestseller "Book With Answers" with wit and humour and even uses analogies of The Beatles, Jackson, Kipling, Shakespeare and Rowling among others.

According to Pai, two of the most beloved singer- songwriters of the 20th century Paul McCartney and Jackson had their own unique ways of conveying the message that the Gita does - everyone's the same on the inside.

"In his song 'Ebony and Ivory,' McCartney wondered poignantly why people who are different colours on the outside, cannot seem to live in friendship with one another, when the black and white keys on his piano keyboard do so with such perfect harmony, producing beautiful music together," she says.

"A generation later, in his similarly titled song 'Black or White', Jackson urged his listeners to understand that it wasn't colour or race that made people different from one another, but what they were like in their hearts and minds. Once you understood that, he said, anyone could become your brother (or sister) - it really wouldn't matter if they were black or white," the author says.

Even Shakespeare apparently agreed with Krishna that we have little control over the script of our lives, she argues. In "As You Like It", he said: "All the world's a stage, And all the men and women merely players."

Then the author draws an analogy with Rudyard Kipling's "If" to stress on Gita's philosophy. 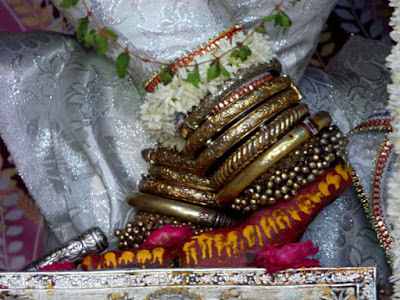 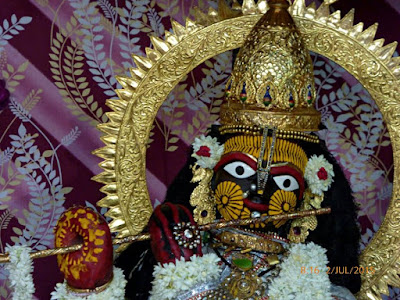 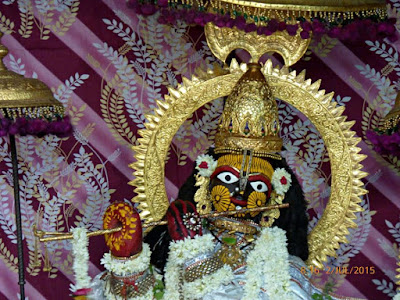 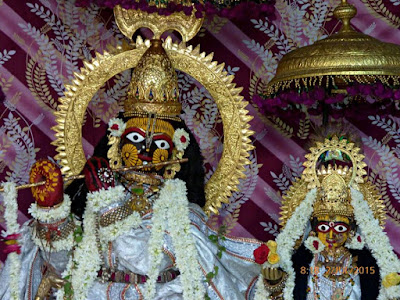 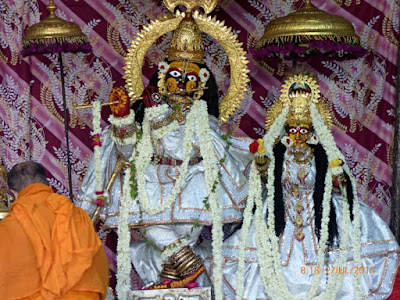 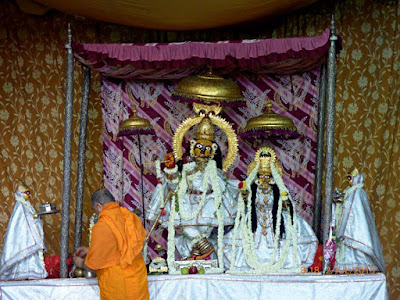 
Kolkata: Over a hundred devotees on Thursday participated in the International Society for Krishna Consciousness' (ISKCON) celebrations to commemorate its 50th anniversary.

Devotees from 106 countries practised bhakti yoga together at the Kshudiram Anushilan Kendra here, creating a record for "Most Nationalities in a yoga lesson" with the Guinness World Records, while another 105 devotees sang Bengali choir to set the record, ISKCON vice-president V N Das claimed.

"Inspired by the fact that in June India created a world record in New Delhi for most number of people participating in a yoga lesson, we today decided to make yoga more popular around the world by creating another record for the Guinness World Records. And today we are happy to say that we have successfully done it," Das told PTI. 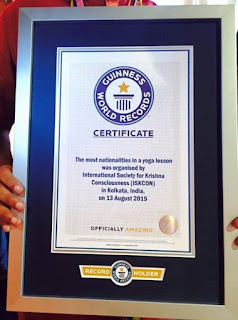 The three-day celebrations, which started here today would be observed across the globe along with the 'Journey to West' of its founder Acharya A C Bhaktivedanta Swami Shrila Prabhupada.

West Bengal Governor K N Tripathi and other distinguished personalities from different fields were present at ISKCON's cultural programmes, as part of its celebrations held at the Netaji Indoor stadium here today.

It was from this city that Prabhupada left India on his historic journey to the West at the age of 69 on August 13, 1965 to preach the message of God Krishna to the world.

In 2016, events would be launched around the world to celebrate the 50th anniversary of Prabhupada's founding of the ISKCON, in New York City, on July, 13, 1966.

When people danced to 'Hare Rama, Hare Krishna' in Beijing


The “prasadam” were fresh grapes, cookies and tiny condiments in wrappers. The devotees were mostly young Chinese.

And, it was a rare interactive session held by senior members of the International Society for Krishna Consciousness (ISKCON) in Beijing on the Bhagvad Gita combined with insights into yoga on Saturday afternoon. On sale outside the auditorium was a new version of the Gita in Chinese.

Copies of the "Bu Jian Fan Ge" in Chinese or “Bhagvad Song” sold rapidly from the counter as visitors picked up their copies for the price of an entry ticket at 200 yuan (Rs 2000).

In the auditorium, musicians from India played the mridangam, flute and harmonium as trained singers sang “bhajans” and the well-known tune of “Hare Rama, Hare Krishna” associated with devotees of Krishna.

It was at the end of the programme when literally the entire room full of people removed their chairs, made space at the centre and danced to the chant for nearly 45 minutes.

“The talk (on the Gita) was not about religion. It was more about connecting people. Use Yoga and the teachings of the Gita to connect people,” Chang Ann, a Chinese yoga teacher and one of the organiser of Saturday’s event, told HT.

On stage, 68-year-old Swami Kavicandra from the US talked about what the Gita said about happiness and how transient it was.  At the end of his simultaneously-translated talk, the stage was thrown open for a few questions, with the  queries to the Swamis on life, loneliness and marriage.

“More than 8000 copies of the new Gita have been sold in China till now. Earlier, scholars translated it. But it was just a translation. They did not have “Bhakti”. We need to transfer knowledge from one language to the other,” Gaudiya, a follower of the Bhakti movement saint, Chaitanya Mahaprabhu, from south China said.

On a muggy Saturday afternoon in Beijing among a few hundred Chinese, that “bhakti” was quite apparent.

Gita tree to be rid of bad 'karma'

CHANDIGARH: The legendary banyan tree at Jyotisar near Kurukshetra, under which Lord Krishna is believed to have delivered the message of Bhagavad Gita, is all set to get a new lease of life by August 21. Following orders from the National Green Tribunal, the Kurukshetra Development Board (KDB) has submitted that it would implement all measures suggested by the Forest Research Institute, Dehradun, to save the tree from possible harm.

Following the assurance, the NGT had asked the district administration to deconcretize the tree without any laxity within 30 days. The NGT passed these orders after a plan to revive the tree was submitted before the tribunal by chief executive officer of the KDB on July 21. The board submitted that a committee was appointed to take over the management of Tirath Jyotisar in 2012 following directions from the Punjab and Haryana high court and also appointed additional deputy commissioner as its nodal officer.

The committee consulted the scientists of FRI, Dehradun, for preservation of the holy tree after which the experts visited the site on August 16, 2012, and suggested several measures to save the tree from decaying. It includes pruning of dead branches, removal of concrete and marble flooring around the tree, taking away all signboards, bells, chains and clamps nailed to the tree.

The board had also submitted before the tribunal that the work to revive the tree, located near the Shiva Temple of Jyotisar Tirath, would be undertaken and completed as per the suggestions of FRI within 30 days.

After this, the NGT disposed of the petition filed on the issue by renowned environmentalist and advocate M C Mehta through his NGO Indian Council for Enviro-Legal Action.

Pleading that the tree is dying a slow death, the petitioner had submitted that the marble and concrete paving around the tree was harming its growth. Fancy lights and lamps were also nailed to the old tree and big bells were tied to it. The 'holy threads' tied by pilgrims had covered most of the lower branches, the petitioner had said. Lakhs of tourists visit Kurukshetra every year due to its mythological importance.

Steps to save tree

>>> Removal of electric cables attached to the tree

>>> Removal of the net covering the tree's canopy

Today in Windward Oʻahu, Congresswoman Tulsi Gabbard (HI-02) met with constituents and conducted site visits from Waimānalo to Kāneʻohe. She started off the morning at Benjamin Parker Elementary, where she visited with preschool students and read them a book during story time, met with their teachers, and spent time with leaders from the Honolulu Community Action Plan Head Start program. 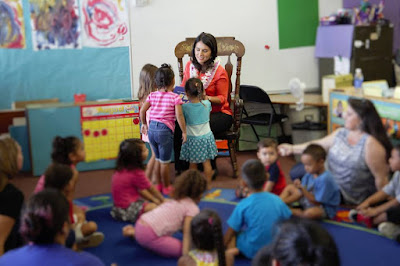 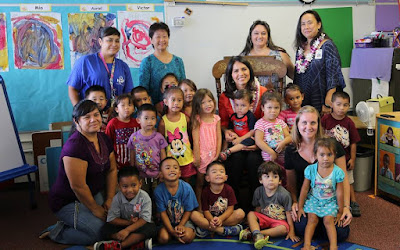 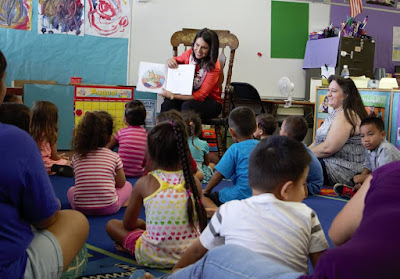